In 2007 we formed a joint venture company, JVFE, with Feilden Clegg Bradley Studios, Grant Associates and Arup to bid for the LSC framework projects.  JVFE won four major FE college projects all of which were halted due to the LSC funding shortfall in 2009. This is one of the projects led by vHH. We were appointed to design the college’s main city centre campus. At 17,000 m2 and £53m the college’s plans represent the biggest single project in the area after the extension of the adjacent Westgate shopping centre. We worked closely as a team to develop a dense scheme. The rear of the site was designed with Grant Associates as public open space running along the mill stream to be owned and managed by the college. 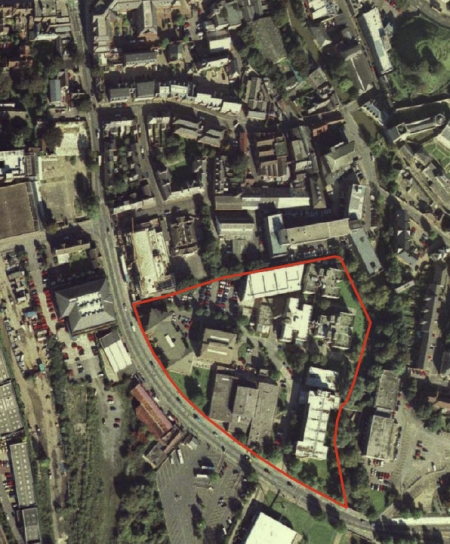 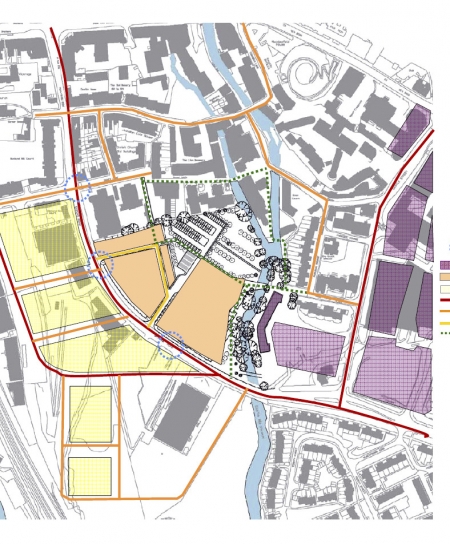 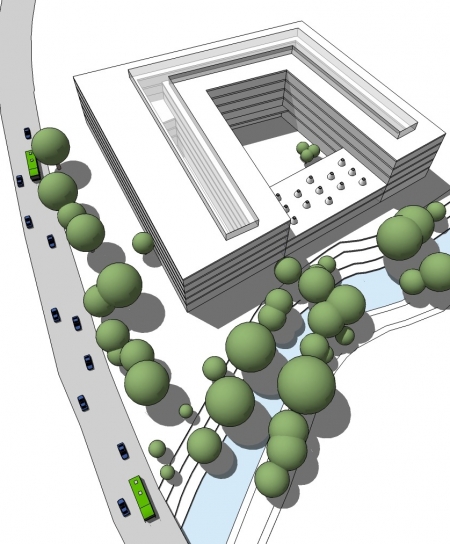