Contemporary design for the Jubilee Line

Although West Ham was one of last group of stations for the Jubilee Line extension to be commissioned, it was amongst the first (and least expensive) to be built. The tight design and production drawing programme of 27 weeks presented van Heyningen and Haward with an enormous challenge, but one which they relished.

The clear cubic massing and orthogonal planning represent rational contemporary design using a palette of simple materials, principally brick and glass blocks, with the brick left fair faced. Materials that are robust and will need little or no maintenance and which should, improve with age and use.

..the only one of Paoletti’s new stations to make overt reference to Charles Holden is van Heyningen and Haward’s station at West Ham, with its elegant clock tower, glass brick walls and red brickwork… stands out from the crowd as a timeless and dignified civic landmark 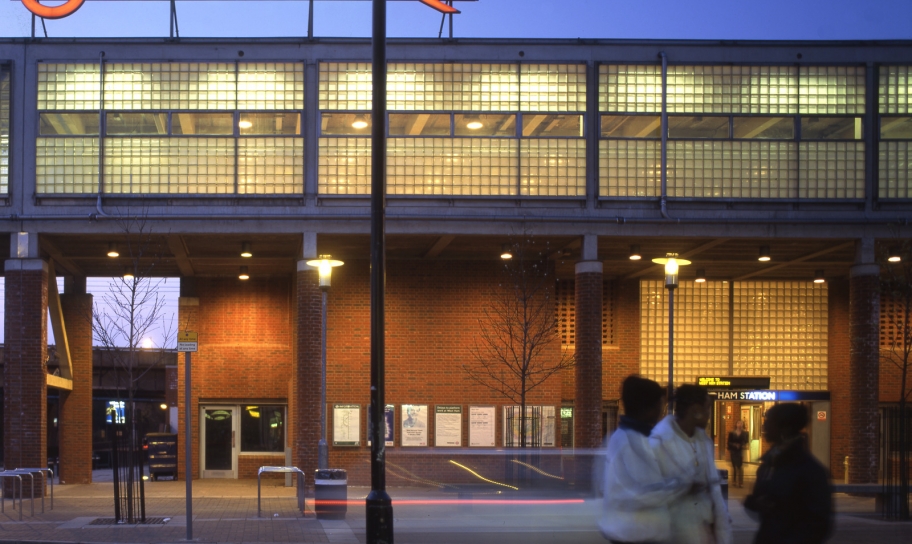 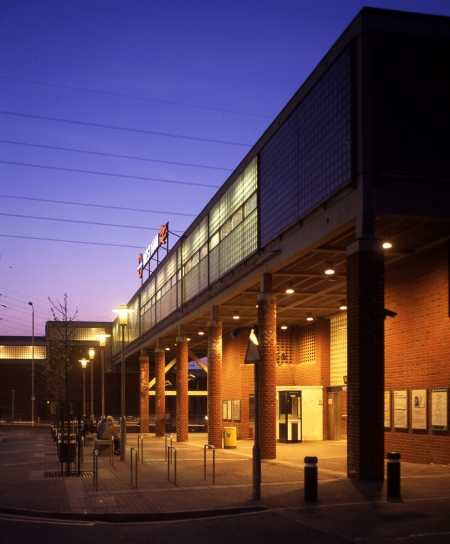 The 12 new stations for London Underground’s Jubilee Line extension, commissioned by Roland Paoletti, are recognised as a showcase of the best in British Architecture at the end of the 20th century.

The new West Ham Station lies between the Stratford and Canning Town Stations on the Jubilee Line extension, where it runs above ground. West Ham is an extremely busy interchange station enabling passengers to move between Rail, the District Line and the Jubilee Line.

The lofty ticket hall with its banks of escalators and strongly expressed structure is linked to all transport connections by a bridge, infilled with glass blocks, which is highly visible and central to the project. A sequence of spaces on a main axis, create a wide legible route through, easing congestion.

The bridge link and ticket hall also create a sense of arrival, a welcoming arcaded entrance, a public portico sheltering seats and bike racks, that addresses a tree-planted paved square.

Building materials – concrete, brick, stainless steel and glass block – and their detailing, are chosen to create a building which is capable in its strength and clarity of rising above the rough treatment it will receive over the years of constant use.  An idea of columns encased in brick, was developed both for structural reasons as well as a means of creating a monumental quality. A 6m x 6m structural and servicing bay matrix provides a consistent yet flexible design language. Two types of brick coursing articulate the facades, the hit and miss pattern providing service ventilation, and the use of brick as the primary facing material also reflects the residential context of the station.  The station reads as a masonry base with glass armature all the way around. The glass blocks work as a Japanese screen, providing views to passers-by of the activity within the station at night and the horizontal clear glass inserts allow views out for those using the station.

West Ham Station is also designed to be used at night, when it glows like a lighthouse as its glass blocks are lit up from inside.

The precedent of Charles Holden’s 1930s underground stations provided an important reference in designing the station as part of a streetscape.

The massing and scale of the station give presence and coherence to the site, are appropriate to the industrial scale of a major interchange as well as responding to the local needs of the urban context. Vitally it is at an appropriate scale in order for it to belong to the community, forming a new paved square that both signals the station front and gives a public face which marks the centre and activities of West Ham itself. 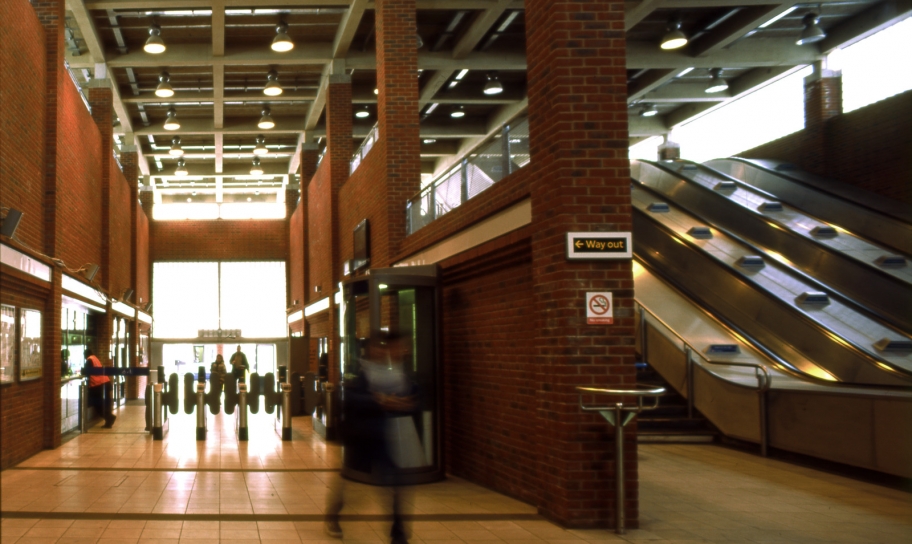 The most effortlessly elegant of the schemes is West Ham by van Heyningen and Haward, an interchange which includes a new ticket hall and bridge of brick and glass blocks.

Gillian Darley, ‘Twelve of the best for the Tube’, The Observer 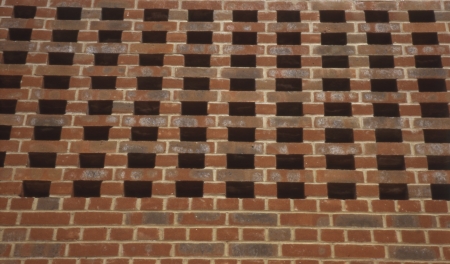 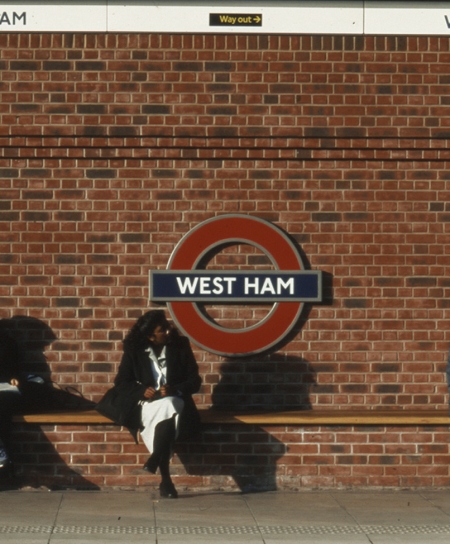 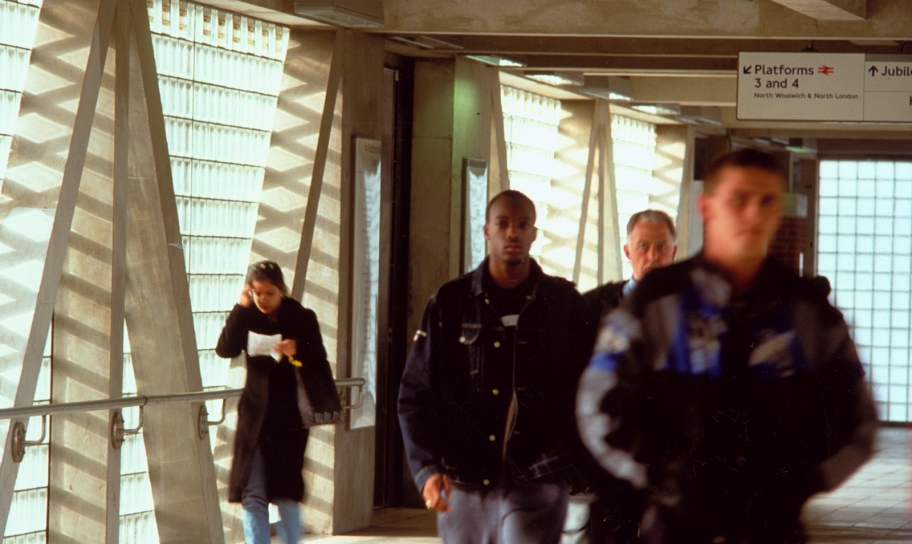