As part of our restoration and conservation work at Leicester Cathedral, the Cathedral’s Chapter asked us to oversee the repairs to areas of the external stonework which were crumbling into disrepair. Elements of the sandstone used for historic repairs were beginning to flake away and required careful replacement with new stone.  A Leicester Cathedral spokeswoman said at the time: “Work is continuing on the routine replacement of flaking sandstone, which was sourced by the Victorians from a quarry which is now Western Park, with better quality sandstone.”

The work was funded by the First World War Centenary Cathedral Repairs Fund, a national fund for cathedrals, and the Headley Trust church buildings fund, under the direction of vHH Partner Josh McCosh and working with contractor Midlands Stone Masonry (MSM). The project included major repairs to the great south aisle wall and the south nave clerestory.

As part of this work it was also decided to replace two of the crumbling gargoyles with two new grotesques – similar to gargoyles, but without a waterspout.  The grotesques were designed by Irish artist Phoebe Cope and take the forms of a fox and a tiger. These creatures are particularly apt, as they represent the City’s famous football & rugby teams; symbols which resonate with local people and add contemporary relevance to the façade.

The works were a precursor to the Leicester Revealed project and all part of an overhaul of the Cathedral’s facilities and façades, to restore it to its former glory whilst making it fit for purpose in the 21st century.  The Reverend Pete Hobson, director for the Revealed project, said the overall aim was to put the building “back into good order” and to restore and reveal its Victorian and Arts and Crafts heritage. 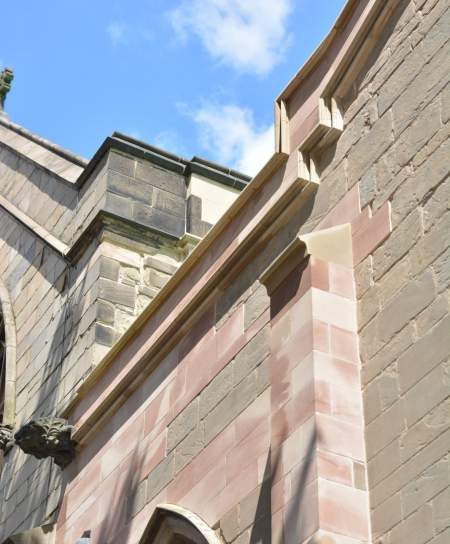 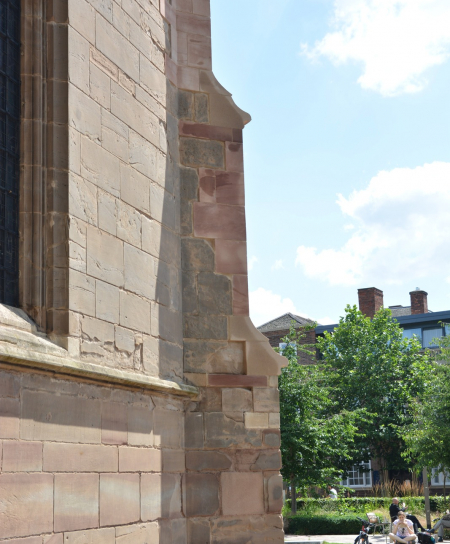 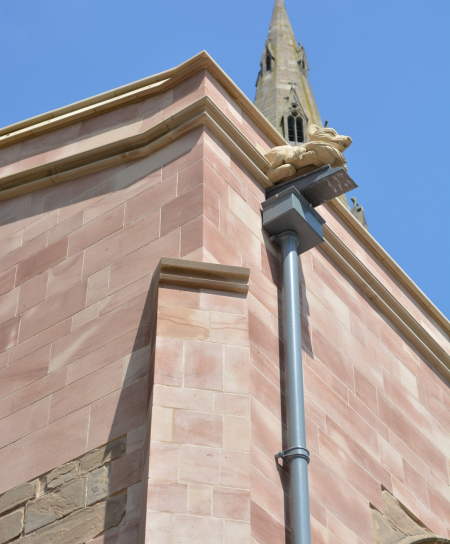