Bringing a listed city centre site back to life

This project is an example of the tenacity and perseverance required when working for a complex client. It began in 1998 with a competition win to provide feasibility studies for the redevelopment of a triangular site in the centre of Cambridge containing numerous listed buildings. After several years of feasibility work, to define a viable scheme that the College Fellows would support, the contractors started work in 2006.

Now complete, the informal college quadrangle provides the new heart of the site, which balances the architectural, town planning and commercial requirements. The design creates a series of linked college gardens, made possible by the judicious removal of the few non-listed buildings. All the accommodation above ground floor in the surrounding buildings has been converted for College use, with access from the new gardens. Retail units on the ground floor have been improved and the intial phase created a new doctors’ surgery for Bridge Street Medical Centre, decanting it from another of the buildings on the site.

“van Heyningen and Haward have worked with the College for many years on a number of schemes for this site as the College has investigated a number of alternative uses. Throughout this prolonged period they have produced a number of innovative and imaginative schemes. The final scheme which has now been completed has solved the College’s need for improved student accommodation and commercial premises in a way which has worked with the conservation of the buildings and produced a scheme of which the College is justly proud. Throughout this period, and especially during the construction phase, the team from van Heyningen and Haward have worked extremely well with the College, the local conservation authorities and the other consultants in a very complex and demanding programme. 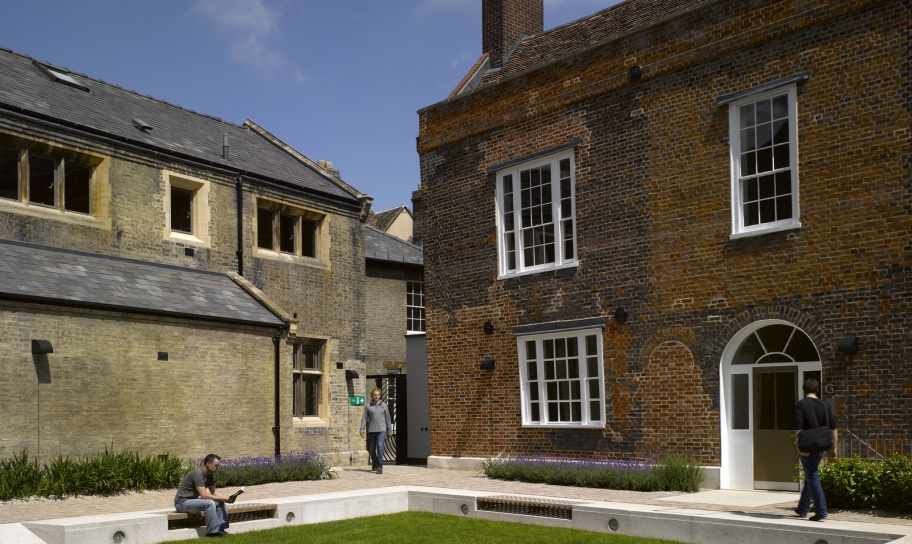 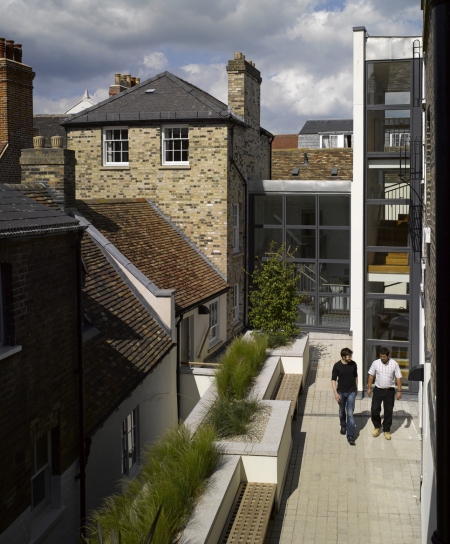 The site includes several vacant buildings, many of which are listed, including one that previously housed the Divinity School. The original proposal, based around the old Divinity School, was for a cultural centre and museum, provisionally called the Cambridge Centre. One of the reasons van Heyningen and Haward was advised to withdraw its planning application for the initial proposal for the Cambridge Centre was primarily because the public did not have enough access to the site, but the college was not prepared to concede on what it saw as a security issue. The planning authority therefore said that they were going to view further applications on the basis of a conservation-based project. As such, in 2005 the project sprang back to life, albeit at a smaller scale. The emphasis was then focused upon renovating or converting as many as possible of the vacant, listed buildings, and maximising the commercial opportunities for the College, while respecting the historic nature of the site. 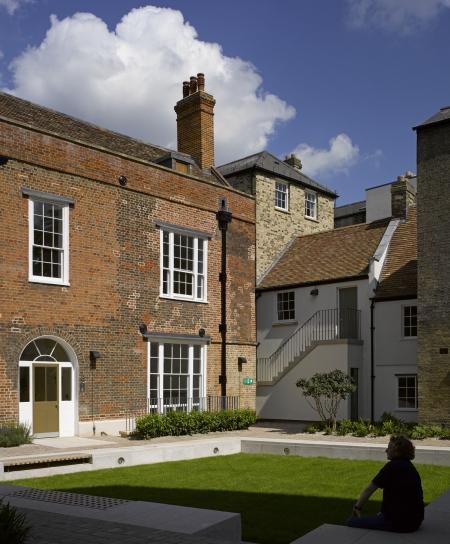 New life has been breathed into this city centre site previously beset by problems with letting. St John’s is able to maximise the commercial opportunities of such a site, the College residents benefit from new courtyards and gardens and everybody who uses these buildings or walks down these streets can now appreciate the integrated landscape and series of linked spaces surrounded by carefully restored listed buildings. 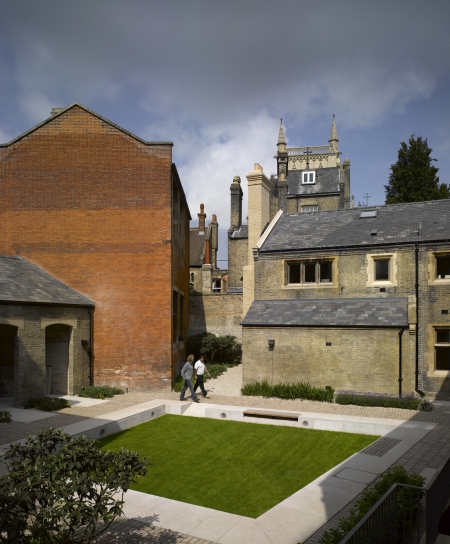 Most of the college access to student accommodation (arranged around a new deck at first floor level) is from inside the site, via a new courtyard entrance from All Saints Gardens on the south side.

Right: Before and After 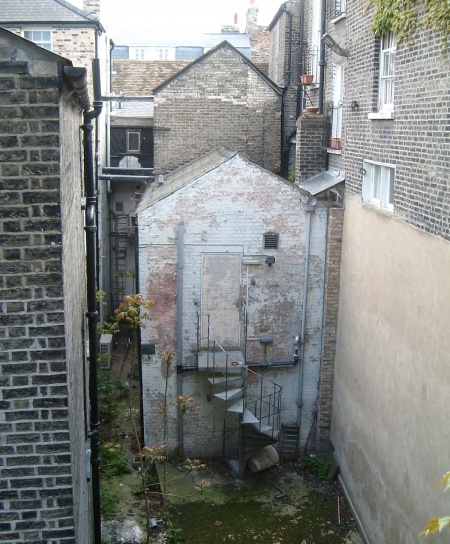 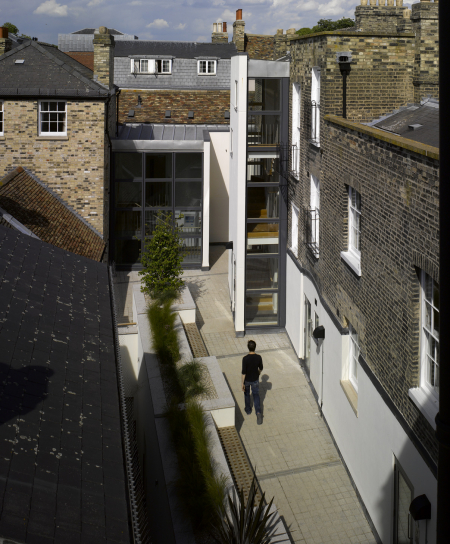 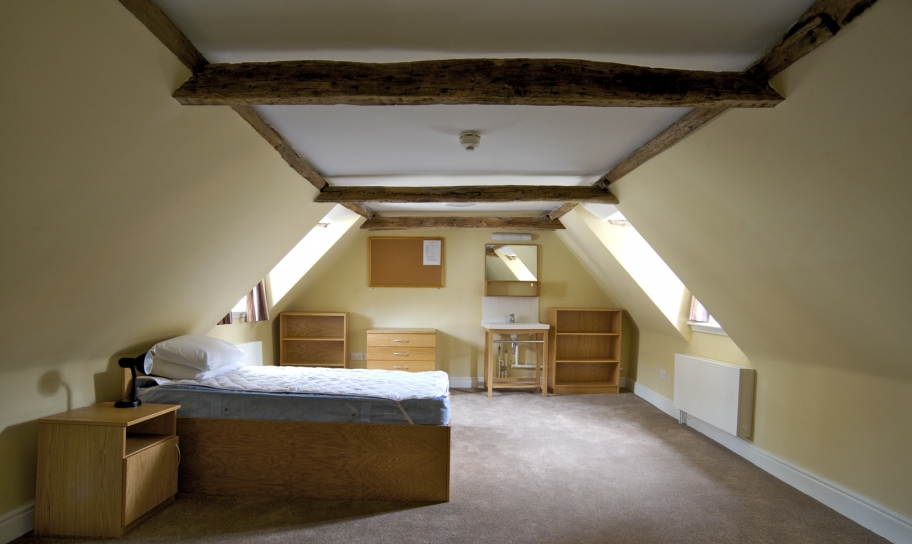 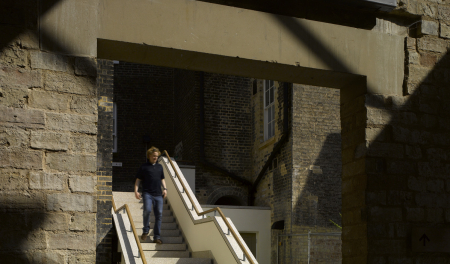 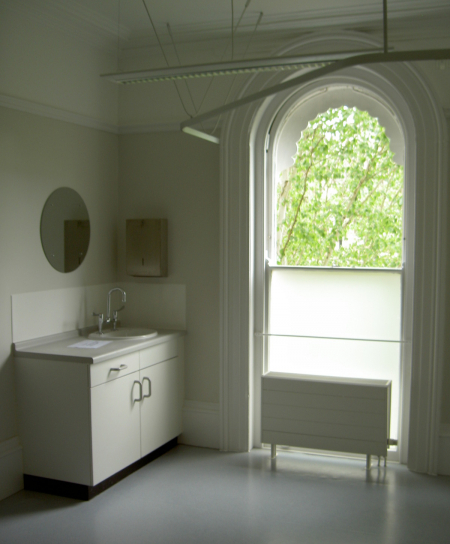 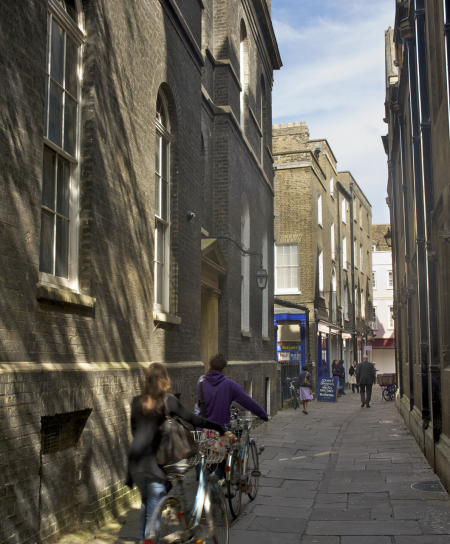 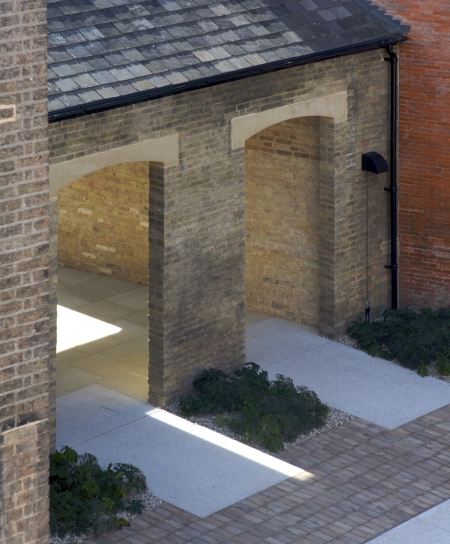 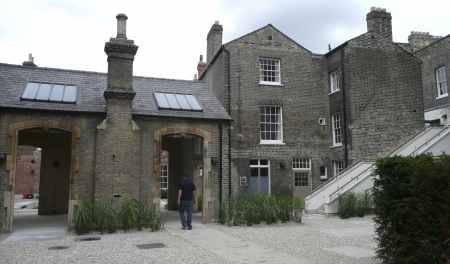 The vacated premises at 67-68 Bridge Street have been rationalised so that all the ground floor accommodation is given over to retail. 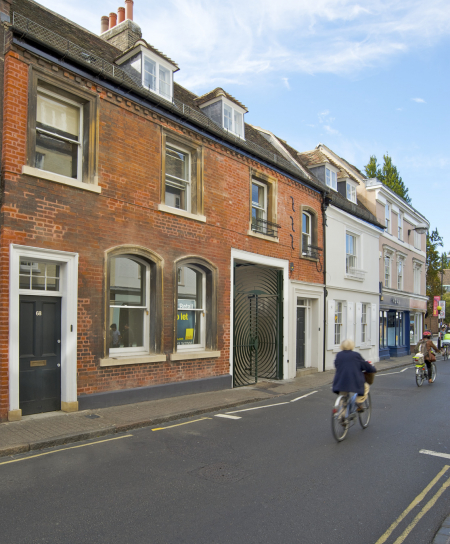 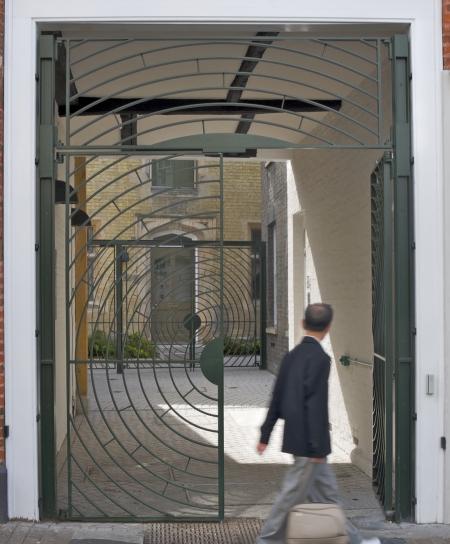