Now that the Old Song School is demolished, the archaeological investigation is underway, with swathes of 18th and 19thC burials being uncovered. Although it was known that this area in front of the Cathedral was historically used as a burial ground, it was hoped that the ground had been cleared when the Song School was built in the 1930s. This proved not to be the case, and as a result, a careful excavation of the rows of graves has become necessary. Being the closest area of external churchyard to the altar also means it was a popular spot for burials.

Sadly, most burials are unidentifiable as the nameplates of the coffins have been worn away, but one in particular has been successfully identified by the archaeologists at ULAS (University of Leicester Archaeological Services) – a Mr John Ottey. Through census records and burial details, they have been able to trace his story and his identification may even help to identify others nearby.

Following this initial stage, when the contiguous piled wall is in situ, Messenger Construction will begin a second stage of work in early 2022 to excavate the basement area. Due to the lower levels of investigation this will require, the findings are expected to be more like 1000+ years old, or even of Roman origin, as this area of Leicester is known to have been part of a Roman settlement. The further archaeological findings may well be extraordinary, and will no doubt give a fascinating insight into the history of this incredible site.

You can find further detail on the archaeological findings at the Cathedral website here http://leicestercathedral.org/project-updates/ 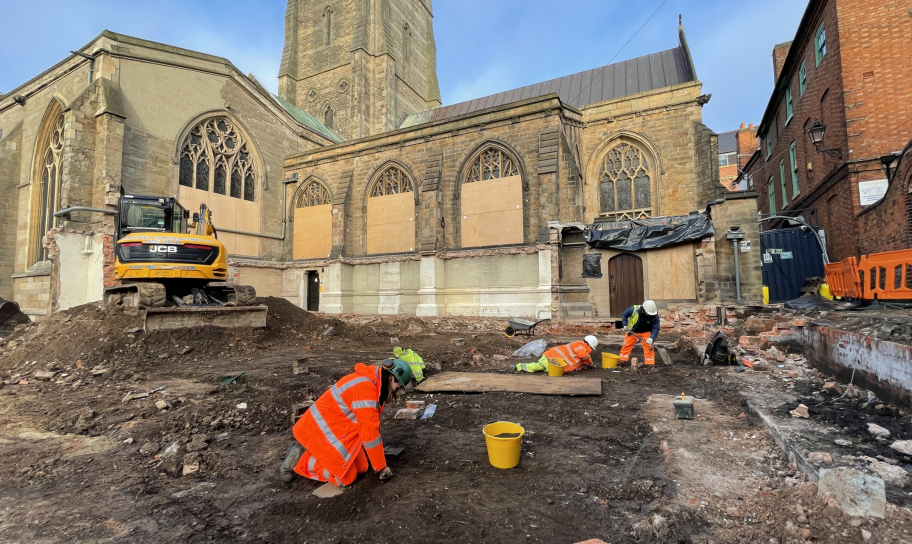 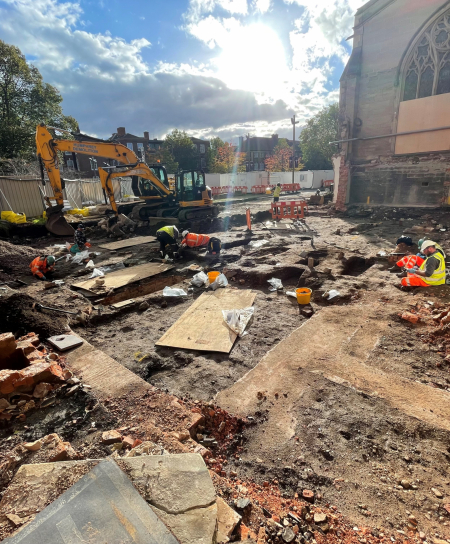